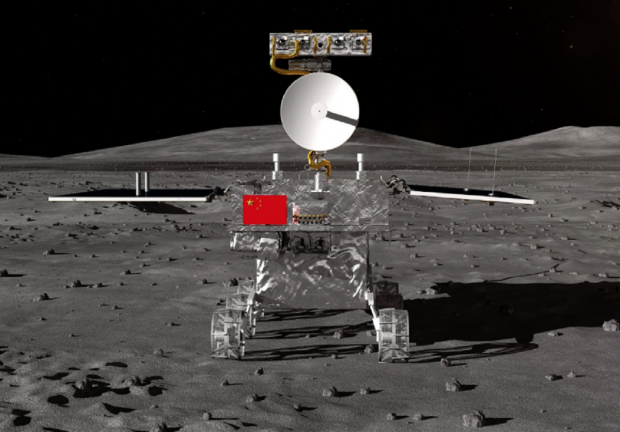 In a new paper published in Science Advances, China's lander called Yutu 2 has performed some new experiments on the Moon's surface using the rover's ground-penetrating radar tools. Yutu 2 used its radar to examine the Moon's surface and found that the top layer, which mostly consists of pale, dusty soil, sprinkled in with some rock that stretches down beneath the surface for about 39 feet.

After that layer is the second layer, which consists of much larger grains of soil and much more larger stones and rocks, this layer continues down beneath the Moon for about 40 feet. The final layer of the Moon stretches another 50 feet below the second layer and consists of even larger stones, but surprisingly has a mixture of both large and fine grains of soil. Unfortunately, the instrument that was used to measure these layers reached its maximum capabilities at this layer, so we don't know what's beneath it.

This information could provide extremely useful when humans decide to step foot back on the Moon and begin construction of a lunar base.