I have been a part of the #ReleaseTheSnyderCut movement since day one, after WB completely screwed over the best director in the DCEU -- Zack Snyder, after his daughter tragically took her own life when he was working on Justice League. 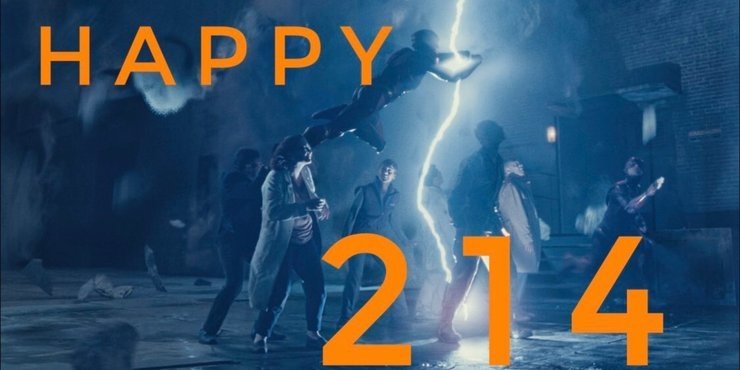 But ever since the #ReleaseTheSnyderCut movement took more and more momentum, the removed director of Justice League has seen his fan base take things to the next level. Every few weeks Snyder releases a new part of his version of Justice League, leading up to 14/2 or 214 -- a reference to the 214-minute cut of Justice League.

WB directed The Avengers director Joss Whedon, who replaced Snyder towards the end of Justice League's production, to force the move under two hours -- so Whedon re-shot a bunch of Justice League and chopped the movie down to 119 minutes -- 1 minute under 2 hours. The 214 reference has been huge on February 14 or Valentine's Day, or to us Snyder Cut fans -- 214 day. To celebrate, Snyder released a new photo of The Flash using his Speed Force.

You can see in the above embedded tweet that the official Twitter account for Subway replying to Snyder and his tweet, with Snyder tweeting: "It's #214 and people have been asking me what would be on a Snyder Cut sandwich??? @SUBWAY". Subway has been all over the #ReleaseTheSnyderCut movement, with Subway replying with the most succulent tweet, ever:

Subway replied: "The sandwich would be in a league of its own, that's for sure. We know hope is easy to lose, but if you dig around it's usually close by. Who has been hoping for the Snyder Cut Sandwich? #214". 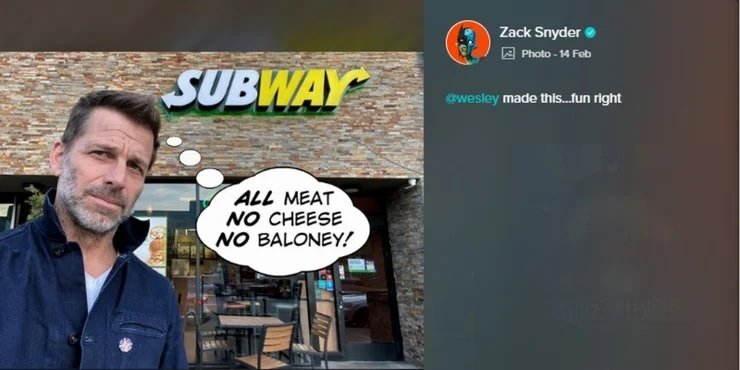 Snyder replied with his Snyder Cut sandwich ingredients: "Obviously, it's ALL meat... NO cheese... NO Baloney". Snyder even posted a photo to his official Vero account, where he has been dropping #ReleaseTheSnyderCut nuggets for months now.

I think we could find the Snyder Cut of Justice League as an HBO Max exclusive in May 2020, where the streaming service launches for $14.99 per month. WB has had some leadership changes, after previous leadership was beyond short sightened and virutally brain dead and most of all, heartless, to do what they did to the Snyder family during what would be the worst time of their lives.