Valve has fully revealed the exact release date of Half-Life: Alyx, with a release of March 23, 2020 -- after teasing "March 2020" during its reveal last year.

Valve also revealed 3 new screenshots of Half-Life: Alyx alongside the confirmed release date, something I've got for your viewing pleasure below. The company also took out some time to address pre-order bonuses for anyone who purchased a Valve Index will begin "rolling out the week of March 2nd, beginning with Steam VR Home environments inspired by locations in Half-Life: Alyx. We will have more information on upcoming Valve Index availability soon". 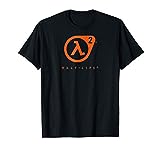