At the end of last month, a new solar telescope produced the highest-resolution images of the Sun's surface ever. Now, we have a video to look at.

The new solar telescope that did the hard work of relaying these images and videos of the Sun's surface is called the NSF's Inouye Solar Telescope. This solar telescope is designed to give scientists and researchers unprecedented information regarding the Sun's surface and magnetic fields. Researchers believe that with this new information, they will be able to predict solar weather much better.

In the above video, we can see small sections that are divided up by black lines -- these are called cells. Each of the cells is about the size of Texas, and the video we are watching is taken at a wavelength of 705nm over a period of 10 minutes. The surface is seen as "boiling" solar material called "plasma". I'd recommend that when watching the video to reduce the sped down to 0.75 speed to really enjoy the movement. 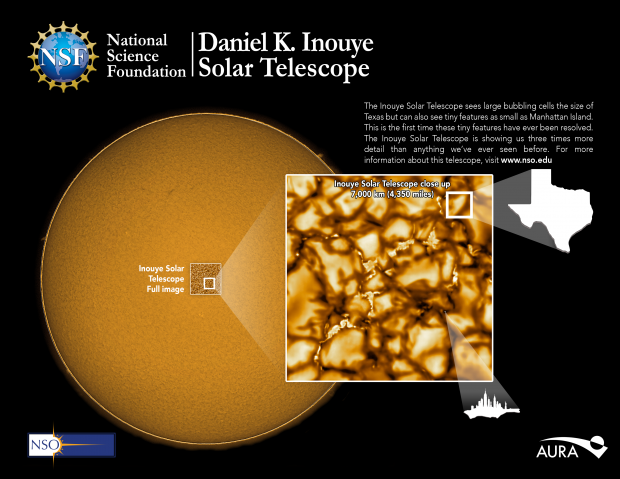