Today Valve revealed some stats about Steam's performance in 2019, and the numbers are pretty stellar. 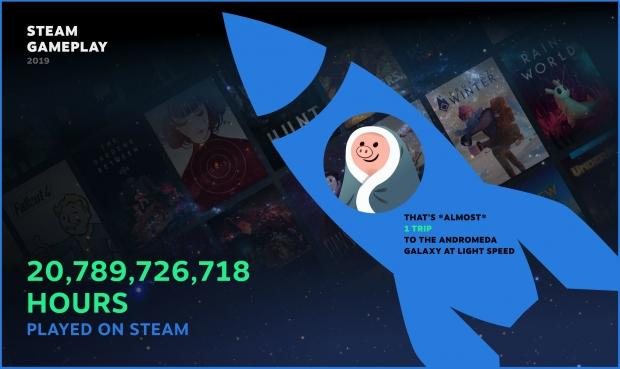 PC gamers are spending an astronomical amount of time on Steam games. According to Valve, gamers spent 20 billion hours playing Steam titles, representing absolutely huge engagement levels for the platform. Throughout the year Steam evolved quite a bit with new social features, a great new games library UI, and new ways to play.

Mostly the blog post is reminding users of all the features Valve added to Steam in 2019. There's not a lot of figures--no exact metrics on controller usage, monthly or daily active users, hardware preference, etc.

Valve says these stats and figures are coming in the future, along with a ton of other optimizations planned for 2020: