It has been a very long and anxious wait for more Rick and Morty, and unfortunately, this article isn't going to be telling you when the rest of season 4 will be coming out. What it will tell you is that Morty's are going to be taking over the Super Bowl...

Yes, that's right. A legion of Morty's who have learned what a three-layer dip stack means will be taking over this year's Super Bowl. So, what exactly is a three-layer dip stack? If you watch the above video, you will learn that the chip company Pringles has partnered up with Rick and Morty for an advertisement about a new flavor of Pringles.

This new chip will combine three flavors; cheddar, BBQ wavy, and sour cream & onion. This new flavor creates what the Morty's call "3 layer dip stack". Funnily enough, this isn't the first time Rick and Morty have crossed over with Pringles, back in late December last year Pringles announced a new "Pickle Rick" flavor. In that teaser, they say that a new flavor will be revealed on 2/2, which is the date of the Big Game. Check out more information on that new flavor here. 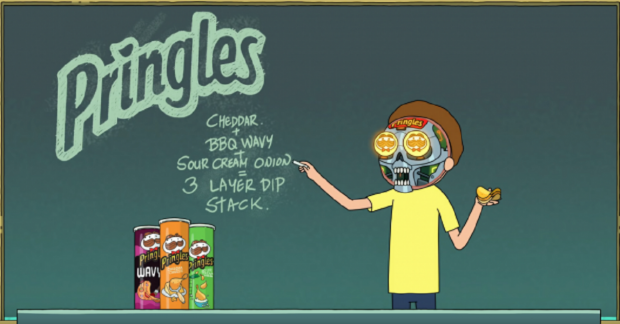 Rick And Morty Vs. Dungeons & Dragons