Nintendo is about to kick off 2020 with a big announcement for their flagship title Super Smash Bros. Ultimate. The announcement will be the reveal of their fifth DLC fighter for their Fighters Pass.

Super Smash Bros. Ultimate fans will be able to finally put their speculation to rest as Nintendo is going to reveal the fifth DLC fighter for the Fighters Pass, closing out the pack. There have been many "leaks" that have pointed to a variety of different characters, but just like with any "leak" there's always the possibility that it can be completely fake. 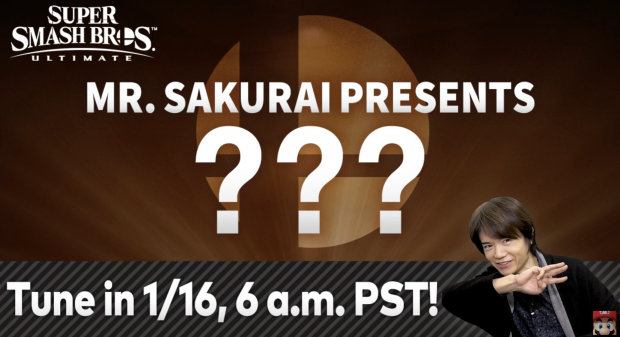