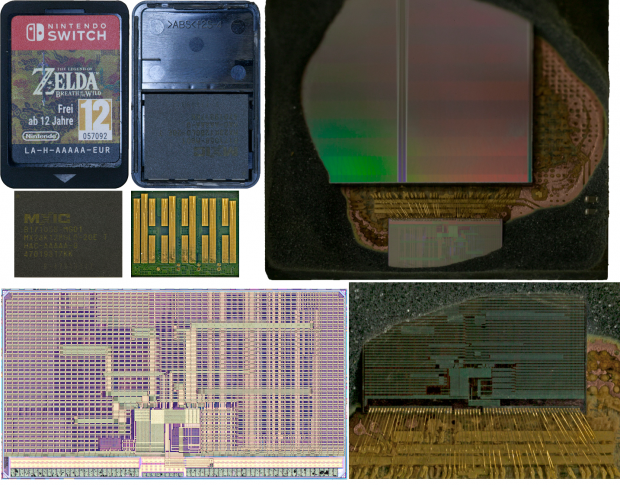 Macronix plans to ship its new 3D NAND chips in 2020, but contrary to recent coverage, they won't be used for Switch cartridges. The handheld-console hybrid's GameCards actually use Macronix's XtraROM technology instead of flash, a long-lasting customized read-only memory that doesn't compromise speed. The carts don't use flash storage, which requires a cache, controller, and performs both read/writes with increased degradation, and they certainly don't use the more expensive 3D NAND flash memory.

It's true that Nintendo is buying up tons of Macronix chips--in fact Macronix calls Nintendo's demand for the Taipei-manufactured chips is "highly unusual."

"Nintendo's orders have exceeded our expectations, and demand is better than we thought," the company said in earlier 2019 financial reports. So if Nintendo is stockpiling Macronix memory, what are they being used for?

In terms of hardware, right now Macronix chips aren't actually found in the main console at all. These chips are used in accessories and peripherals, not the main tablet-console.

As we predicted long ago, this buy up is probably just Nintendo future-proofing mass-production of JoyCon controllers and docks. Remember that Nintendo plans to move its production line from China to Southeast Asia, which might've prompted the mass purchases.

If Nintendo were buying up lots of Macronix 3D NAND chips, they'd be used for internal Switch memory, not game cartridges. Since it's unspecific what kind of memory Nintendo is actually securing from Macronix--whether it's CMOS, 3D NAND, or even its proprietary XtraROM--we don't know what the memory will actually be used for.

As for the Switch GameCards, the 64GB models still aren't available. It's possible Macronix is spinning up new 64GB carts built on XtraROM for 2020, but these carts certainly won't use 3D NAND as most people seem to believe.

And even if 64GB carts release for the Switch, few devs and publishers will use them. Switch cartridges are expensive to produce and publishers seem reticent to buy big enough carts to fit specific games, leading to games being split up between physical and download installs.

This little bit of perspective is massively important to set expectations into 2020 and beyond.