The Game Awards are currently underway, and before the official show begins, the pre-show already has given out some awards.

The award was handed over to now Nintendo America CEO, Doug Bowser who said, "Super Smash Bros. Ultimate is really more than just a fighting game, it's an experience that brings people together. It's also a showcase for some of the most famous characters, music, and game worlds in video game history. And the fact that all of this comes together so seamlessly and so beautifully is really a testament to the dedication and the hard work and the skill by Mr. Sakurai and the team. This award is for them."

This isn't the first award Super Smash Bros. Ultimate has picked up, back in late November it won Nintendo Game of The Year, more on that here. 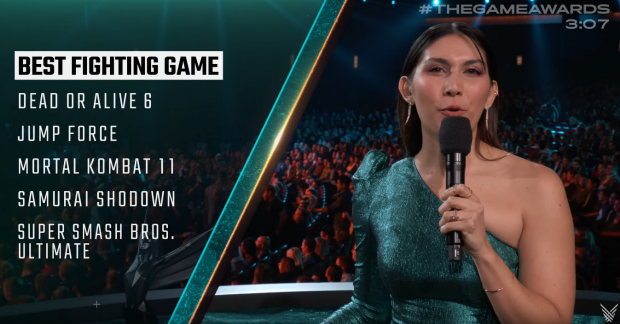