Thanks to our friends at Universal Sony Home Entertainment, we have ten Blu-ray copies of the new release animated hit 'The Angry Birds Movie 2' to give away! 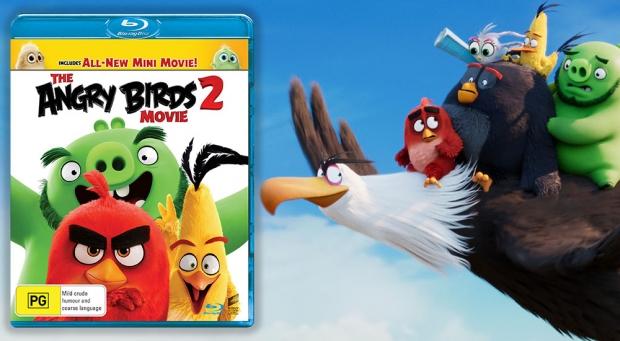 The flightless angry birds and the scheming green piggies take their beef to the next level in The Angry Birds Movie 2! When a new threat emerges that puts both Bird and Pig Island in danger, Red (Jason Sudeikis), Chuck (Josh Gad), Bomb (Danny McBride), and Mighty Eagle (Peter Dinklage) recruit Chuck's sister Silver (Rachel Bloom) and team up with pigs Leonard (Bill Hader), his assistant Courtney (Awkwafina), and techpig Garry (Sterling K. Brown) to forge an unsteady truce and form an unlikely super team to save their homes.

To go into the running to win a prize, post this article to your social media profiles, send your postal address to ben at TweakTown dot com and correctly answer the following question before the competition closes on 13 December.

In which year was the original Angry Birds game released?

'The Angry Birds Movie 2' is out on Blu-ray, DVD and Digital from 11 December.