I didn't think I'd ever be writing about a gaming headset that feeds you mid-game, but it's the end of the decade and Pringles is feeling peckish, and experimental with its strange-but-cool Pringles Headset Hunger Hammer.

Pringles went out and 3D printed a bunch of components, strapped them to a Razer gaming headset -- and voila, a self-feeding gaming headset is born. The headset packs a motorized arm on the side that has a Pringles chip dispensed onto it, slowly positioned to go in front of your mouth -- waiting for you to chomp it down.

The chip maker (and not that type of chip, but the edible kind) thought it would be clever to team up with some Twitch streamers for a Pringles promotional tie-in with Gears 5. The new Hunger Hammer isn't going to be some product that will debut, and more of a fun marketing stunt for Pringles -- so don't blame me if you can't find this headset online, but maybe Fry's Electronics might have some.

If I take the Pringles Headset Hunger Hammer seriously for a second, it kinda fails since you have to physically press a button (on the remote, or on the headset itself) in order to have it dispense a Pringle chip. Pringles should've gone a step further and had some voice command like "feed me" or "Pringles in my mouth please" or something... and Pringles, if you do that -- I expect a lifetime supply of Pringles, thanks. 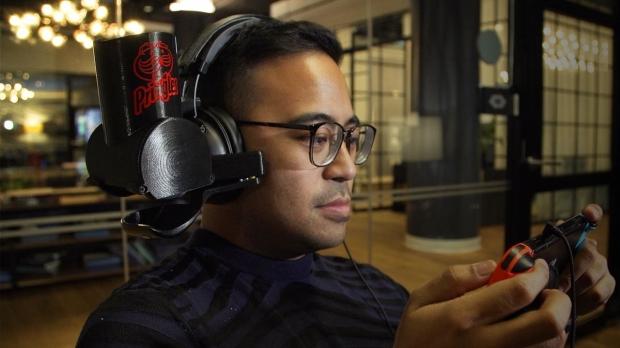 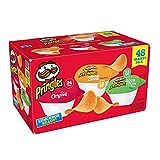