The Massachusetts State Police bomb squad is playing around with using robot dogs in the line of fire, leasing out the autonomous Spot robot from Boston Dynamics in some new trials.

Radio station WBUR and the ALCU are reporting that the Massachusetts State Police bomb squad borrowed Boston Dynamics' Spot robot dog, using the AI-driven bot between August and November. The Massachusetts State Police bomb squad won't exactly explain what they used Spot for, but did note it was used as a "mobile remote observation device" that kept an eye on devices and specific locations.

Could we see a gun-toting robot dog in the future, given that the Massachusetts State Police bomb squad are testing Boston Dynamics scarily good technology? No. Boston Dynamics have a specific license in place that restricts Spot from being used for any task or job where it would "harm or intimidate people". As an AI-powered quick-moving surveillance and diagnostics device? Perfect.

Black Mirror, stop warning of us of what is coming. 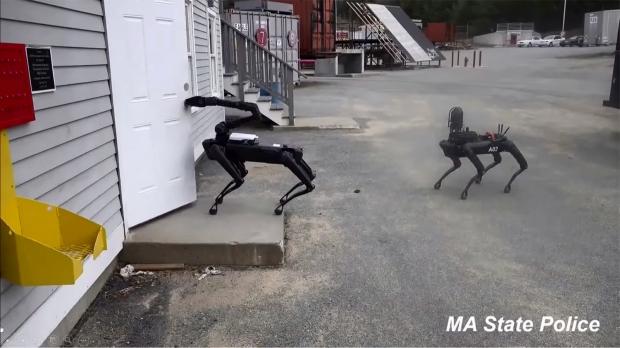