AMD recently announced and will soon launch its new third-gen Ryzen Threadripper CPUs, where we will eventually see up to 64C/128T on the desktop courtesy of the new sTRX4 socket -- a new socket from AMD that is actually worthy of being called "future-proof".

The reason we're able to call AMD's new sTRX4 socket 'future-proof' is that the company itself has confirmed on Reddit that sTRX has AMD's support in both "near- and long-term basis". AMD confirmed that while the new socket has the same 4094 pin count as the previous-gen Threadripper CPUs, it is the "mapping of those pins to voltage or data will be different" with sTRX4. 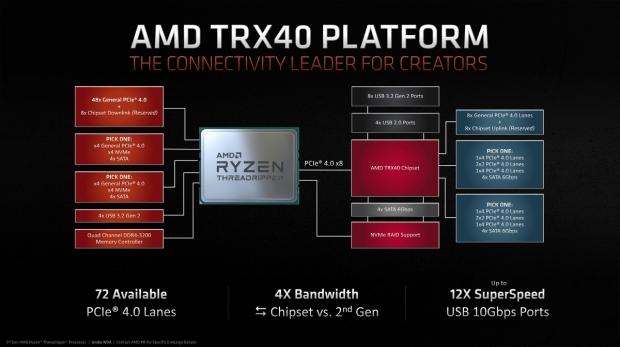