According to the listing (which has now been deleted), Google's Pixel 4 duo will use the powerful 7nm Snapdragon 855 SoC (the same found in Samsung's Galaxy S10 line) in tandem with 6GB of RAM, making for a 50% boost in system memory over the Pixel 3. Both models have dual 12MP and 16MP rear cameras that capture 4K video and will enable "studio-quality photos" wherever you go, Google says.

The main differences between the Pixel 4 and its XL model are battery and screen size/resolution. The Pixel 4 features a smaller 5.7-inch touchscreen with lower Full HD+ resolution (1920x1080p that bumps up depending on the aspect ratio) alongside a 2800mAh battery, which is slightly smaller than the base Pixel 3's 2915mAh battery capacity.

The Pixel 4 XL sports a 6.3-inch screen with QHD+ (2560x1440p resolution that likewise increases based on the aspect ratio) and a much bigger 3700mAh battery.

Both models will have 90Hz displays for smooth playback and gaming. Storage should include both 64GB (which was up for pre-order) and 128GB variants.

Google will reveal its new Pixel 4 and Pixel 4 XL phones on Tuesday, October 15 at 10AM EST. 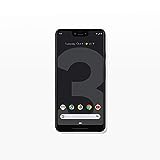