Activision clarifies that only one part of Modern Warfare's Spec Ops mode is timed-exclusive to PS4, not the entire thing.

Sony's latest State of Play stream caused ripples in the Call of Duty community thanks to PS4-exclusive content. Some of Modern Warfare's content is only available to PS4 users, including a new Spec Ops gametype. Gamers originally thought the entire Spec Ops mode was exclusive to PS4 until October 2020, but it's only Spec Ops Survival, a new sub-mode, that's timed exclusive on the platform.

Activision affirms the Spec Ops mode and all included missions will be available on PS4, Xbox One and PC at launch, complete with cross-play functionality.

Modern Warfare releases on October 25, 2019 on all platforms. 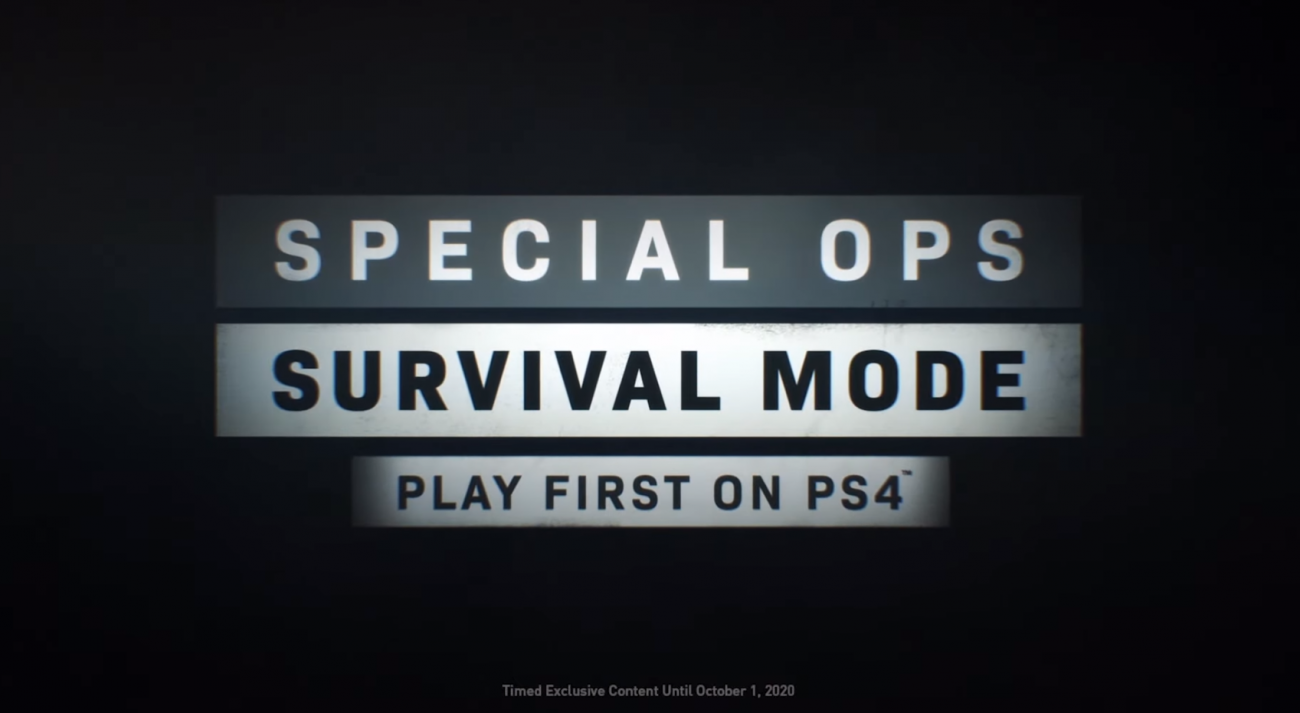