The largest bust of fentanyl might have just taken place by the Mexican government, with local media reporting that a major fentanyl bust just went down in the Mexican port city of Lázaro Cárdenas in the state of Michoacán. 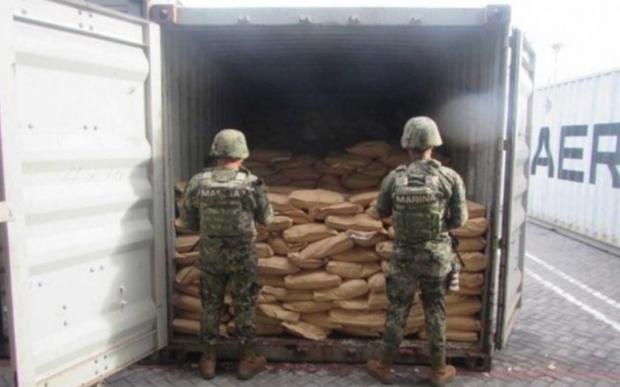 The bust was absolutely huge, with local media reporting that the Mexican government announced they had seized 25 tons (23,368 kilograms, or 51,517 pounds) of fentanyl. The origin was Shanghai, China with the gigantic fentanyl shipment headed to Culiacán, Sinaloa which is where the Sinaloa Cartel is based.

Mexican authorities found the fentanyl inside of a container of a Danish flagged vessel, which saw its cargo manifest listing the contents of the cargo as Calcium Chloride. Well, that was a lie - it was reportedly fentanyl, with authorities taking a small sampling to a "specialized laboratory of Mexican Customs and the substance later tested positive for fentanyl" reports Breitbart.

Fentanyl, if you didn't know, is one of the most serious drugs on the planet. It is an opiod painkiller that is 50x stronger than heroin, and causing major problems in the US. Back in May 2018, Nebraska State Patrol seized 118 pounds of fentanyl -- enough to kill 26 million people. This recent bust coming in from China to Mexico is 51,517 pounds... enough to kill over 7 billion people, or 92% of all human life on this planet.

Maybe the Georgia Guidestones were right with its first inscription "Maintain humanity under 500,000,000 in perpetual balance with nature". There's enough fentanyl in this bust to reduce the global population to around 500 million, or if it was even doubled or tripled; it has the power to wipe out all living life. Crazy stuff.

Fentanyl, Inc.: How Rogue Chemists Are Creating the Deadliest Wave