NASA scientists have finally captured the first viewings of something they have been searching for years, solar 'Interplanetary Shock'.

NASA launched their Magnetospheric Multiscale mission back in 2015, the goal of the mission was to observe and study how the Sun's solar winds impact the Earth's magnetic fields. In January 2018, NASA scientists managed to capture this space phenomenon using the four launched spacecrafts, this phenomenon was an interplanetary shock.

An interplanetary shock is the transferring of solar energy (solar wind), this phenomenon occurs when a faster patch of solar wind overtakes a slower patch, resulting in the previously mentioned energy transfer, or 'shock'. Since a first time recording of this transfer has now been captured and saved, scientists hope that with this new information that they will be able to develop a better understanding of how it all works, while also hoping to be able to capture other space phenomena. 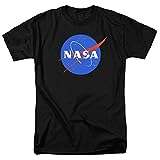