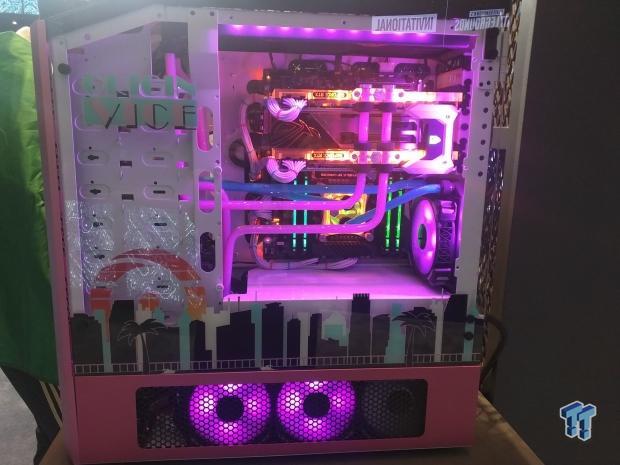 Origin PC is known for their crazy exotic builds--they recently jammed a PS4, Xbox One, Switch and a PC into the same water-cooled box--and the company had some nice builds to show off at IEM Chicago. The most interesting was the Origin Vice custom rig, which sported some rather ludicrous high-end hardware including two water-cooled NVIDIA RTX 2080 Tis in NVLink and the $1,000+ Intel Core i9-9980XE Extreme CPU.

The Origin Vice build had a nice stylized paintjob that brings to mind Miami's brilliant sunsets, and had fluid RGB lighting for that 80's neon vibe. Built in Origin's flexible and roomy Genesis case, the rig looked screamed enthusiast gaming at every turn.