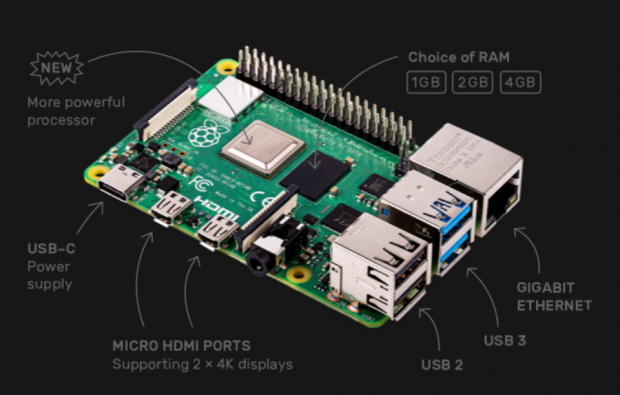 The Raspberry Pi has been upgraded with a few new bells and whistles. Major new features include dual video output via two HDMI micro connectors and USB Type-C power connector, allowing for an extra 500mA of current. The flavorful mini-PC comes in three LPDDR4 memory flavors and price points: 1GB for $35, 2GB for $45, and a nice 4GB option for $55.

The new model is currently available for purchase. Check below for more specs and info.