NVIDIA didn't hide the fact that 'something Super is coming' before Computex 2019 but it seems plans changed, and AMD took the spotlight with its reveal of the Radeon RX 5700 series graphics card during keynote.

The source said there won't be faster version of the RTX 2080 Ti (it's already fast enough) and after that I began discussing the news with industry friends. Some agreed, and some expected that we could see something faster than the GeForce RTX 2080 Ti that will sit between the RTX 2080 Ti and the TITAN RTX. I don't think that will happen, but if I were NVIDIA -- I wouldn't be using the word 'Super' without it actually being you know... SUPER.

Slightly better RTX series cards isn't all that super, but we could be totally thrown off right now so we're in rumor territory for now. We will know more, as while I'm sitting at the Hong Kong airport on my way back home to Australia, I'm only there for five days before I leave for LA to get the skinny on AMD's new Navi GPU architecture at the Next Horizon Gaming event.

The big question I have now is what in the hell will NVIDIA call these new cards? The obvious answer is RTX 2060 Ti and RTX 2070 Ti, but if the third rumored card is faster than the RTX 2080 then it can't be the RTX 2080 Ti now, can it? We don't have long to wait, so keep your eyes peeled and we'll report the news as soon as it breaks. 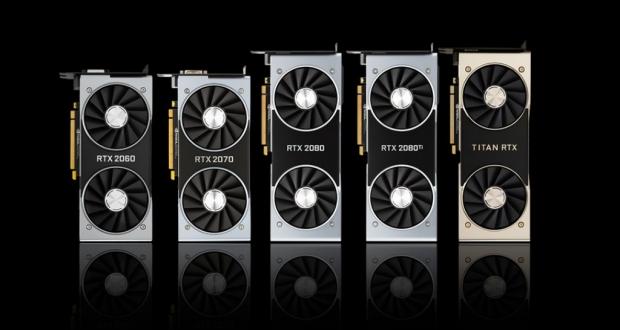