One of the newest titles to hit the Epic Games Store is Phoenix Labs' Dauntless. The title has seen quite the level of popularity as 500,000 players have jumped into the action in just 24 hours.

Dauntless released onto the Epic Games Store on May 21st, and since then the title has managed to pick up some major support player-base wise. This massive influx of players is mostly due to Dauntless releasing on the Epic Games Store with cross-play and cross-progression, meaning players on Xbox, PS4 and PC can enjoy the game together. This was a goal of Phoenix Labs right from the beginning.

Since the release of Dauntless on the PC, the game has seen 500,000 more players join the Shattered Isles, which has brought the total player count up to 4 million already. Since that is quite the amount of players, Phoenix Labs has taken to their Twitter account to explain that there could be some issues with matchmaking. They say that players should expect some delays until the server traffic is ironed out and stable. Phoenix Labs also express that they are working tirelessly on any and all issues that have been presented to them. For more information about Dauntless, check out the listing for the title on the official Epic Games Store here. 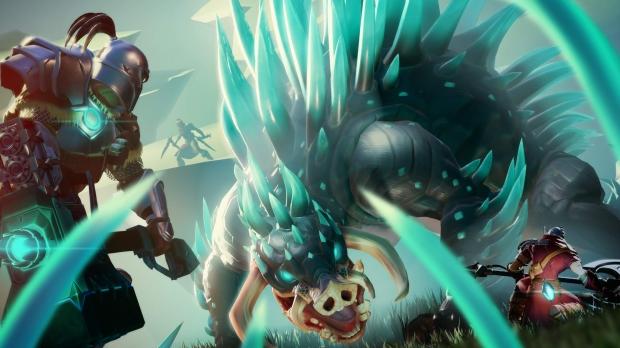