Ever wondered what the Super Smash Bros. Ultimate fighting roster would look like if they were made into a live-action movie or brought to real-life? Well, here is your chance to find out.

Above we have an awesome collage from Raf Grassetti, who is the art director at Sony Santa Monica Studios and worked on the artistic design of the critically acclaimed God of War. From the image we can see a collection of Super Smash Bros. characters brought to life through incredible artistic talent.

While there is no doubt that these renders look incredible I can help but to feel a sense of discomfort when looking at some of them. Bowser looks absolutely terrifying, and so does King K. Rool. Yoshi looks so damn weird yet devilishly accurate if he was an actual dinosaur in the real-world. I think this mixture of uncomfortability yet amazement was what Grassetti was going for as he replied to fan that said "Sonic and Yoshi are freaking me out, not gonna lie", Grassetti replied "That's the point. Glad it's working". 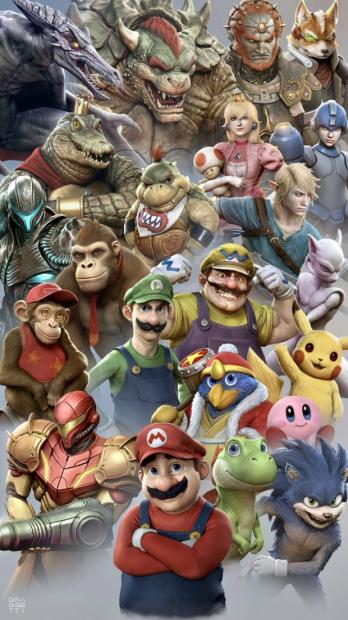