Leading up to the release of John Wick: Chapter 3 - Parabellum in cinemas we have a new officially-licensed John Wick game that is titled John Wick Hex. Combine strategy with John Wick skill in serving death and you get John Wick Hex.

John Wick Hex has been created by Mike Bithell, who developed the critically acclaimed titles Thomas Was Alone and Volume. John Wick Hex has also been officially announced by both Lionsgate and Good Shepherd. Meaning, a license of the John Wick IP was approved for Bithell, which I think is pretty awesome considering Bithell is an indie dev with a creatively unique spin on game development. Within the description of the above video, John Wick Hex has been described as "John Wick Hex is fight-choreographed chess brought to life as a video game, capturing the series' signature gun fu style while expanding its story universe."

The description continues, Players must choose every action and attack they make, while considering their immediate cost and consequences. Every move in John Wick Hex feels like a scene from the movies, and every fight contributes to your progress on the job and requires precise strategic thinking." John Wick Hex is a turn-based strategy game, so XCOM or Mutant Year Zero: Road to Eden players will be loving life with this announcement. For players who haven't played either of those games, take a leap into a new genre and see what you think. Expand those gaming horizons!

John Wick Hex currently has no release date as of yet but we do know that it will be coming to consoles (its not known which ones) and PC and Mac. On the PC and Mac it will be arriving "exclusively via the Epic Games Store at launch". 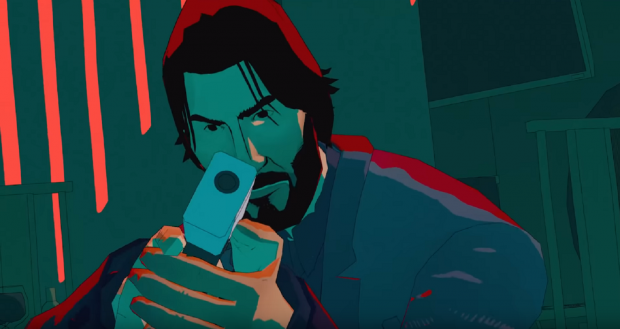