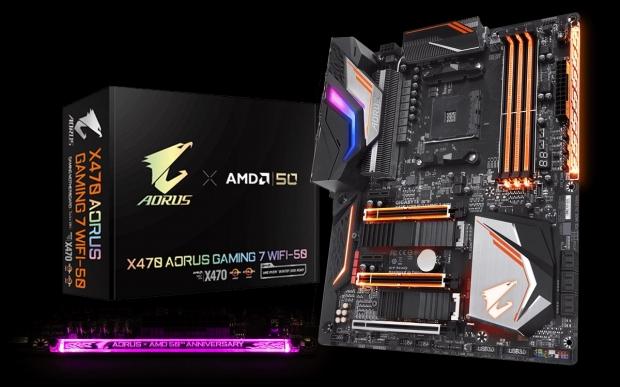 GIGABYTE's new X470 AORUS Gaming 7 Wi-Fi-50 motherboard has a specially designed box with the AORUS logo embossed in a beautiful gold to celebrate AMD turning 50. The board is a special edition kit with custom overlay that sits under the 24-pin ATX power connector, which has 'AORUS x AMD 50th Anniversary" markings in the RGB LED array.

There's no difference with the actrual board and the non-50 version, so I don't see the point - especially with X570 around the corner. But again, it'll be an awesome collectors item one day. Buy it and keep it in the box.