While most Super Smash Bros. Ultimate players are enjoying the games competitive scene there are still some players who enjoy Spirit Boards. This time round we have quite a unique Spirit Board event for fans.

The news comes from the official Nintendo Versus Twitter account who has posted what has been titled as the "Nintendo Labo: SMASH KIT" Spirit Board event. Players will be able to take on the the "event exclusive" spirits on the 25th of April, and upon completion players triple the usual amount of EXP gained.

During the time the event is live, players will be able to take on the Toy-Con Robot, the Toy-Con Car, the Toy-Con VR Goggles, Professor Riggs, Plaise, Lerna. If you were unaware, the last three mentioned in that list are characters in the Nintendo Labo Variety Kit software. In other news about Super Smash Bros. Ultimate, the title recently received its version 3.0.0 update that has added a bunch of new features that even include the first DLC fighter, Joker. If you are interested in learning about more about the 3.0 update, check out this post here. Super Smash Bros. Ultimate is currently available exclusively on the Nintendo Switch. 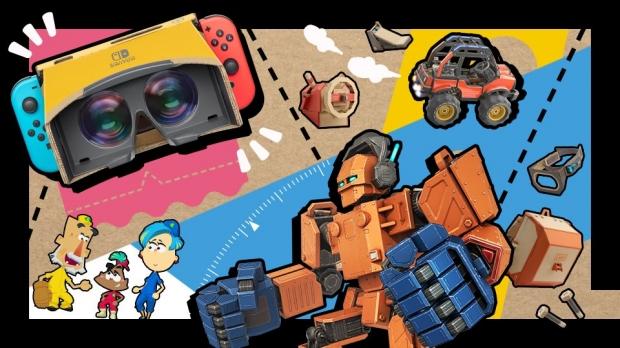