Some interesting RAGE 2 news has surfaced from this years PAX East, as id Software has spoken out about the possibility of RAGE 2 receiving a Nintendo Switch version. 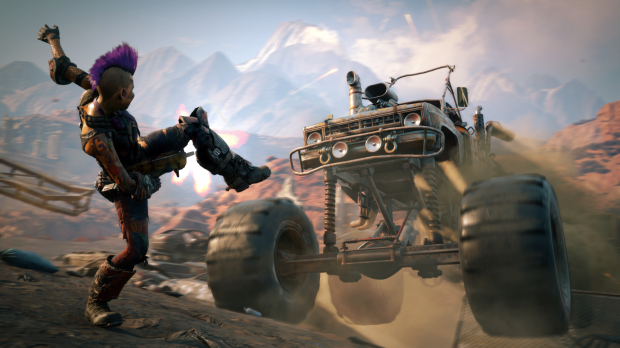 Just recently, Tim Willits, the Software Studio Director at id Software said what kind of performance gamers can expect from the upcoming RAGE 2, more on that story here. Now Willits has dropped another information bomb and spoken to Dualshockers at PAX East about the possibility of RAGE 2 and a Nintendo Switch edition.

According to Willits, id Software has been "looking into it, It's just the technology, there are some challenges. But we're always looking for future platforms and future people to work with. So, we like to investigate, but we have no plans for that right now." It doesn't seem that RAGE 2 has been developed with a Nintendo Switch edition in mind, but perhaps sometime after the launch of the game we will see a RAGE 2 Nintendo Switch edition. Bethesda already has; The Elder Scrolls V: Skyrim, DOOM, and Wolfenstein II: The New Colossus on the Nintendo Switch, so what would be one more title? Plus RAGE 2 hand held would be insanely fun.

If you are interested in some gameplay from RAGE 2, check out 9 minutes of new 'Pre-beta Gameplay' here. There is also the official gameplay trailer that can be found here if you happened to miss that.