Cuphead, the indie hit success has had its co-creator voice his desires of having both Cuphead and Mugman joining the Super Smash Bros Ultimate fighting roster.

After yesterdays announcement of Cupheads coming to the Nintendo Switch with Mircosoft's Xbox LIVE features, some more information has come out from the games co-creator. While at 2019's Game Developers Conference, GameInformer got a chance to speak with Nintendo's Manager of Publisher and developer relations, Kirk Scott. Scott was also joined by Cuphead's co-creator, Jared Moldenhauer and they begun to discuss the possibility of Cuphead's joining the Super Smash Bros. Ultimate roster.

Here is what Moldenhauer had to say about the matter; "I've dreamed of Smash Bros. [Cuphead and Mugman] belong in there. So basically if fans want it, I couldn't see how Nintendo wouldn't want the fans to get what they wanted. I think they would because they support their fans a lot . . . So if Nintendo was keeping their fans happy, then I'd be more than pleased to make that the easiest transition. Just a piece of paper, we don't need anything. You can have those characters make an appearance."

GameInformer proceeded to ask Moldenhauer which fighters he would like to see Cuphead go up against, he answered "Maybe just Ice Climbers? Like a two versus two. I've been [playing] a lot of the NES mini, and it's not my favorite game. That's why Ice Climbers came up because it's like 'Well, that one isn't fun,' so I kind of want to take those characters and then demolish them."

I think Cuphead's would be a great addition to the Super Smash Bros. Ultimate roster. How realistic is it that they are joining? Probably not realistic at all, considering that the Fighters Pass' characters have already been selected and finalized by Nintendo. 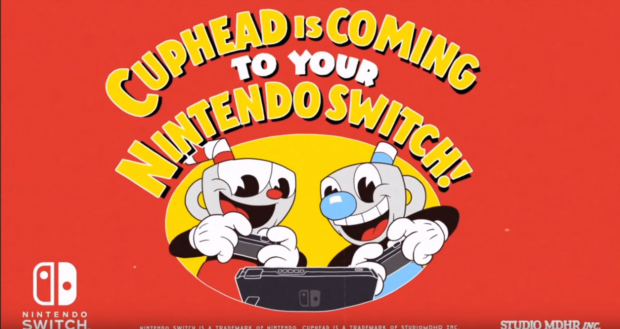