Microsoft's new cloud-powered game streaming service is more ready than we thought, and should start beaming AAA games to phones later this year.

Built on accessibility, ease-of-use, and universality, streaming is the future of gaming and it's coming fast. With its new Project xCloud service, Microsoft wants to be a big pioneer of this market by bringing its monetizable Xbox-as-a-service platform and games to all devices. It recently brought Xbox LIVE to iOS and Android to make ready for xCloud and serve as the glue for this cross-platform foundation.

The idea is that Project xCloud, which is described as the Netflix for games by Microsoft, will ensure that console-quality gaming experiences can be enjoyed on-the-go on laptops and phones for non-interrupted gameplay (and monetization). Project xCloud uses the power of remote servers to beam the games wirelessly via Wi-Fi or cellular internet, meaning higher-end gaming is possible even on underpowered devices. It'll basically be like a Switch, but without the transforming hardware; play a game at home and you can pick right back off where you left while waiting in line at the DMV or doctor's office. But the proof is in the pudding. The company came prepared and recently showed off a live demonstration of its new game streaming tech during a recent Inside Xbox showcase.

The demo had Forza Horizon 4 running remotely in real-time on an Android phone via its Xbox One S-powered streaming servers. Gameplay looked fluid, and Kareem Choudhry, head of Microsoft's cloud gaming division, confirmed Project xCloud games would mirror their console and PC counterparts. Everything from gameplay features, content, and Xbox LIVE integration with friends, achievements, clubs, and community features will be included.

"Project xCloud is really a continuation of everything we've done so far," Choudhry said.

Microsoft is keen on making the service as widespread as possible so it can bring its heavily engagement-driven ecosystem to all devices. By expanding its reach, Microsoft will greatly boost its billion-dollar service-oriented business. 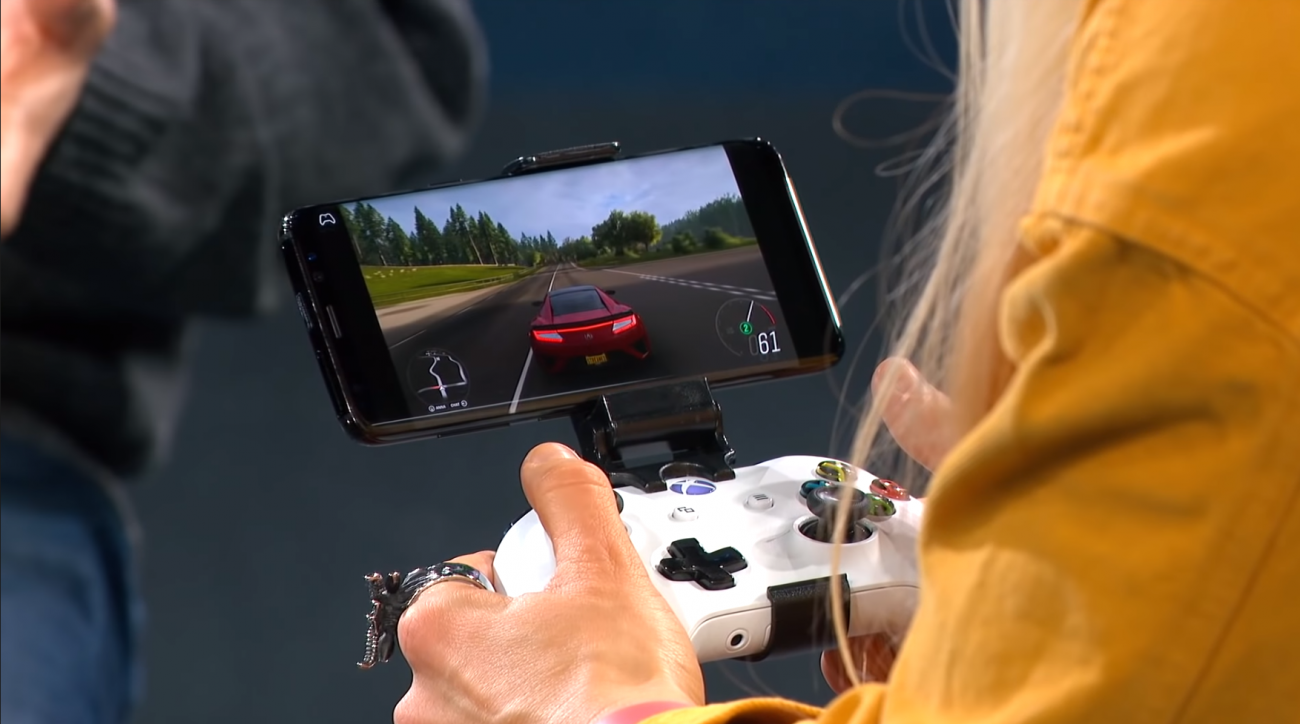 "We love the games and the content that we have, and we just want people to be able to play them in more situations. And Project xCloud is a cloud-based streaming service that will enable you to play games wherever we have a client. Anywhere you have a good network connection, you'll be able to participate in Project xCloud."

"We already have cloud saves on Xbox LIVE, and we're using all that same technology, all the same Xbox LIVE infrastructure, the same friends network, the same identity account and achievements--the same everything. It's the same experience just translated to a different form factor."

Check below for more info on Project xCloud: