Some new gameplay footage has been released for Jump Force, we see Naruto's Gaara and Kaguya Ootsuki going head to head in a short video.

The above gameplay has been released on PS360HD2 YouTube Channel, and it begins with Naruto Shippuden's Gaara. Gaara uses multiple abilities on Ootsuki, the animations for the sand look smooth as hell and we also get a showcase of the sheer power of Kaguya Ootsuki. What I would of liked more though was some more moves displayed from Ootsuki, the video seems to give a better look at Gaara during combat and uses Ootsuki as a punching bag.

Jump Force will be coming to the Xbox One, PS4 and PC on February 15th. In other news about the title, Bandai Namco accidentally leaked images of Dragon Quest and JoJo characters, if you want to read more about that click here. 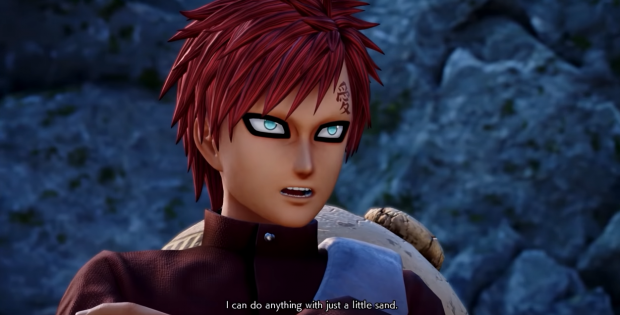