We learned back in the Super Smash Bros. Ultimate themed Nintendo Direct that players who pre-ordered Smash Ultimate would receive a completely free fighter. To everyones surprise this fighter was Piranha Plant, but when is the release going to be? 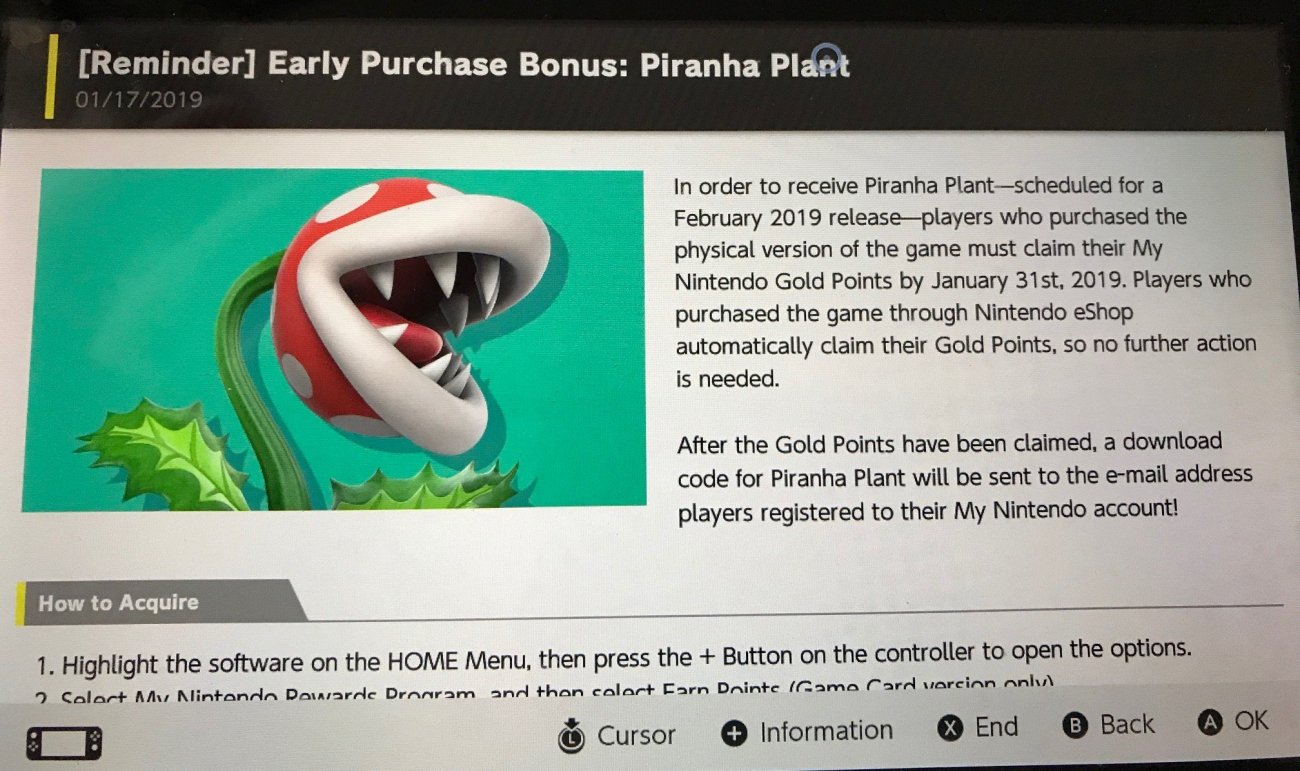 Originally, the many players that pre-ordered a copy of Smash Ultimate received an email with their download code if they grabbed the physical edition of the game. The email came with a short description of when to expect Piranha Plant to join the completed roster, the email read "Thank you for purchasing Super Smash Bros. Ultimate. As a bonus for purchasing the game early, we are sending you a download code for the new fighter: Piranha Plant, which will be playable from around February 2019."