Capcom should be quite happy with the progress they have made with Resident Evil 2 Remake, as it seems the classic game being remade from the ground up has provided to be quite popular. The 'one-shot' demo has reached a new player milestone. 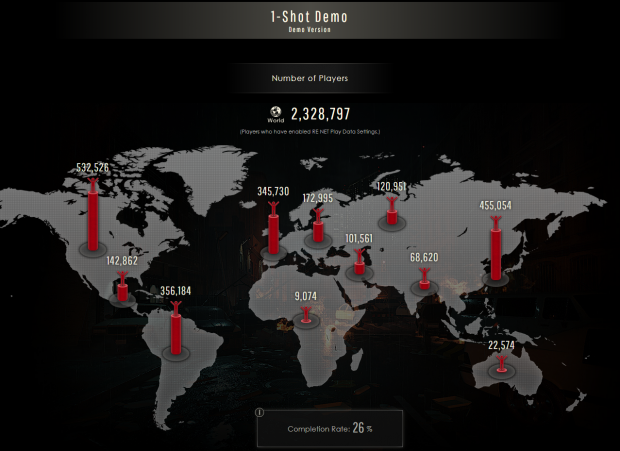 The statistics come from the official Resident Evil website global player tracker, at the time of writing this there is 2,328,797 players that have downloaded and the 'one-shot' demo. Interestingly enough, out of those 2 million players only 26% of them managed to complete the demo before the timer kicked them off.

This means that out of the 2,328,797 players only 605,487 players managed to complete the demo. Perhaps this is an indicator to the level of difficulty that the full game will have, maybe players should listen to Capcom's recommendations for conserving ammo and being much more strategic and not so trigger happy. Just a week a go the demo had already been played by 1.3 million people, check that story out here. Resident Evil 2 Remake will launch on January 25th on the PlayStation 4, PC and Xbox One.