Capcom announced last week the Resident Evil 2 Remake demo and even despite the 30 minute timer on the demo more than 1 million players have already attempted it. 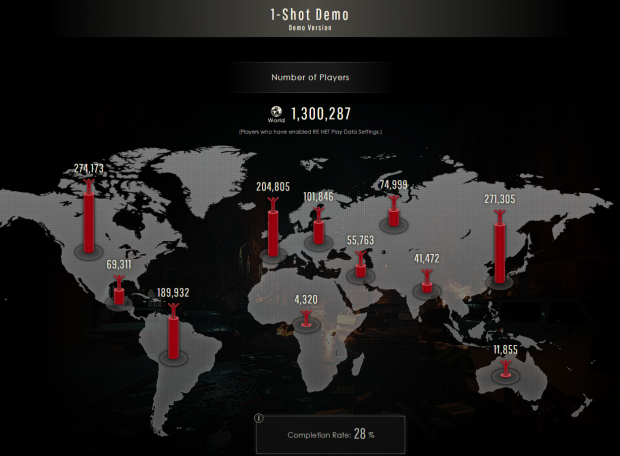 Capcom has announced this player achievement by the Resident Evil.net player counter, a website dedicated to showing the location and the amount of players in each country. At the time of writing this, 1,300,287 million players have downloaded and attempted the 1-shot demo. North America leads the pack with 274,173 attempts, Japan comes in second with 271,305 players and followed by the UK with 204,805.

What is most interesting though, despite there being now over 1.3 million players, the completion rate for the entire globe only sits at 28%. Meaning that a large majority of players did not see the ending of the demo, maybe this is an indicator the difficulty level we will see in Resident Evil 2 Remake? It should be noted that these statistics have only been gathered by "Players who have enabled RE NET Play Data Settings." This could mean that there is many more players out there but don't want their data tracked. Last week the official data size and PC requirements were released by Capcom, if you are interested in that visit this article here.