4A Games and the official author of Metro have announced an extremely limited edition Metro Exodus Collectors Edition, its titled the 'Artyom Custom Edition' and there will only be 10 of them made.

A video has been uploaded to the Metro YouTube Channel and features author of Metro Dmitry Glukovsky unpacking a crate filled with all the limited edition goodies that lucky Metro fans can win. This 'Artyom Custom Edition' will not be available to purchase, but instead will be acquirable via "a number of planned promotions in the coming weeks." Glukovsky advises Metro fans to keep an eye on all of the Metro communication channels, e.g social medias/website.

Deep Silver, the developers for Metro Exodus have spoken out about the recently announced edition, here is what they have said; "We are incrediby excited to reveal the Metro Exodus Artyom Edition, an incredibly limited hand-crafted and priceless edition, created with 4A Games and Metro author Dmitry Glukovsky."

Jumping into what the package contains, we have; 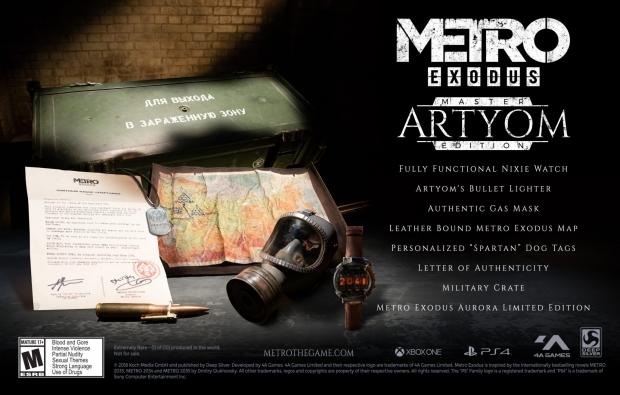