Guerrilla Games has poached key Rainbow Six: Siege development talent for its new secret game, and it could be multiplayer-driven. 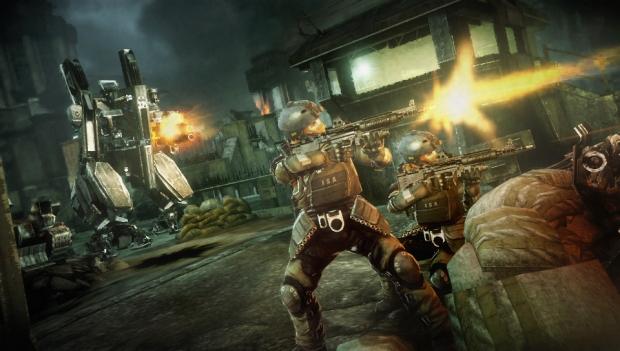 Like most dev studios, Guerrilla has been quite busy in the last few years. First it crafted its new-ish high-end Decima engine that powered the excellent PS4 exclusive Horizon: Zero Dawn, and now the team is working on something new. Based on who the studio has hired indicates it's probably a next-gen Killzone game.

Two key players have joined Guerrilla to work on the new unannounced: Simon Larouche, who helped develop Killzone 2's multiplayer maps, and Chris Lee, who served a pivotal role in designing and implementing Rainbow Six: Siege's multiplayer. Both devs crossed over from Ubisoft where they worked on online-based MP experiences. Do you see the trend here?

There's two likely scenarios here: Guerrilla is making a new Killzone game complete with online PvP action, or they're making a brand new IP altogether. Despite its success with its new IP Horizon: Zero Dawn, we're betting on the former, especially since it's been quite some time since Killzone Shadow Fall's release in 2013.

It's also likely that the new game will leverage the Decima engine to its maximum effect. Given how far the engine has come thanks to Kojima Productions' work on Death Stranding, this is quite exciting. Remember that Kojima's team is working with Guerrilla to help craft, iterate and innovate on the engine itself to push it to new heights.

Sony could reveal the new project alongside its new higher-end PlayStation 5 console sometime in 2019 or 2020.