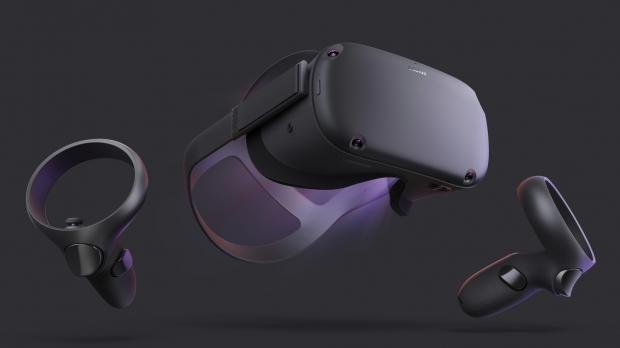 With its new wireless Oculus Quest headset, Facebook aims to break many of VR's biggest hurdles including price and accessibility. The Quest tracks your movements and the environment around you with 6DoF (six degrees of freedom) sensors, is totally self-contained and doesn't require any extra hardware like a phone or a PC graphics card to operate, and comes with wireless Touch controllers for input. The platform is intended to sit between the lower-end Oculus Go and the higher-end Rift.

Oculus Quest is slated to release by Spring 2019 for $399, and will have over 50 games at launch. It's quite likely that Respawn's new big new VR war game will be a launch title.

Oculus Quest is an all-in-one VR system. It's just you and your hands-completely free and immersed. With six degrees of freedom, state-of-the-art optics, and built-in audio, you can forget about wires, PCs, and phones. Oculus Quest is ready to play when you are.

The headset relies on four ultra wide-angle sensors to map your environment as you navigate through it. And with Oculus Insight tracking, every move you make in the real-world translates right into the game you're playing. Combine that with Oculus Touch controllers, and the game is at your fingertips. So when you grab, swing, or cast a spell, you'll feel the power of every gesture.

The next level of VR gaming is finally here.