Nintendo have revealed that a Fortnite themed Nintendo Switch bundle is on the way to retailers, it will be featuring special items from the game and is titled the Fortnite "Double Helix" bundle. 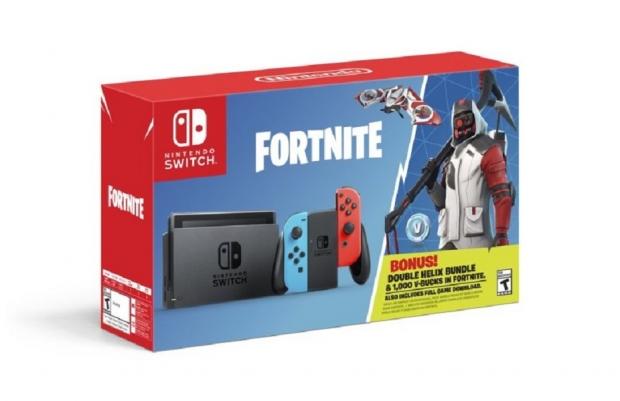 If you happen to be a Fortnite fanatic and don't wanna stop those wins you are working so hard to secure, maybe its time for you to go portable? Nintendo have your back if that is what you desire, as the partnership between Fortnite developer Epic Games and Nintendo has extended to a brand new Fortnite themed Nintendo Switch bundle.

The bundle will be coming in at $300 and will feature a Nintendo Switch console, 1,000 V-bucks (Fortnite in-game currency) and the Double Helix Set which contains a unique character outfit, Back Bling, Glider and a Pickaxe. The bundle will be made available on October 5th, for more information regarding Fortnite on the Nintendo Switch visit the official Fortnite listing on the Nintendo website here.

This isn't the first time Nintendo have decided to make a specifically themed Nintendo Switch console. Recently, Nintendo has announced a Super Smash Bros. Ultimate themed console, if you happened to miss that announcement check it out here. If you are a Pokemon fan, Nintendo has also announced a Eevee and Pikachu themed bundle, visit that here.