Battlefield V has been embroiled in so much controversy, EA DICE's ears must be on fire 24/7 at this point.

The game has been delayed by a month, has experienced huge backlash over insane customization (characters with hooks for arms, etc) and just recently the developer has been exposed to banning certain words and phrases in the in-game chat.

Battlefield V Producer Andrew Gulotta along with Community Manager Dan Mitre hit up a DICE 'deep dive' livestream on Battlefield V, where they addressed some of these issues. Gulotta said during the stream (around 28 minutes in):

"We heard the community. We're still looking at World War II through DICE's lens, but how forward, how crazy we got with some of that? We heard the community, we understand there were some concerns about, hey, where's the authenticity? We want players to be excited about customizating their characters with authentic gear. We dialed it back a bit. It was pretty crazy. We wanted to offer some authenticity, and that's important to us, that's important to our players".

Even though some of that 'pretty crazy' character customization has been toned down, the developer isn't going to keep it away from gamers forever. Gulotta continued: "Nothing is off the table. Again, we'll watch how the community reacts, maybe we'll try something. The nice thing about the armory, is we can put something out there, and if it doesn't stick, it doesn't stick. But first and foremost, we want to start with this authenticity approach". 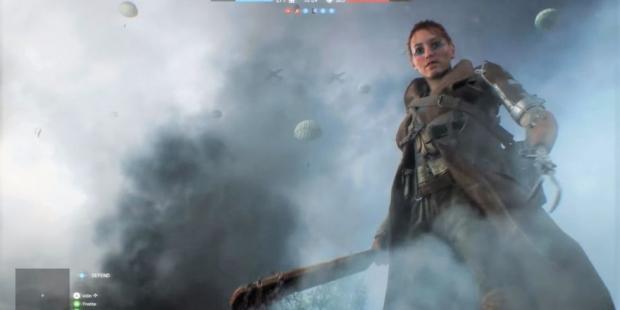