Intel has released a short video at Siggraph 2018 this week in Vancouver teasing about their upcoming discrete GPU in 2020. The newly installed Intel discrete graphics boss, Raja Koduri, has been spotted roaming around Vancouver this week as well. The Twitter post by Intel can be found here.

The image of the card in the video has been confirmed to us by Intel as a rendering and not an actual product image. Intel made no formal presentations this year at Siggraph in Vancouver about their upcoming plans, although we are expecting more information to begin appearing in 2019. 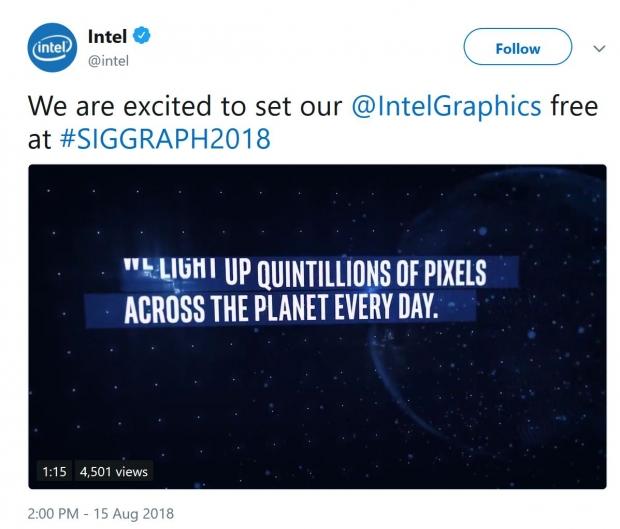