Destiny 2 is getting some big changes, but if you're a new player be prepared to pay. 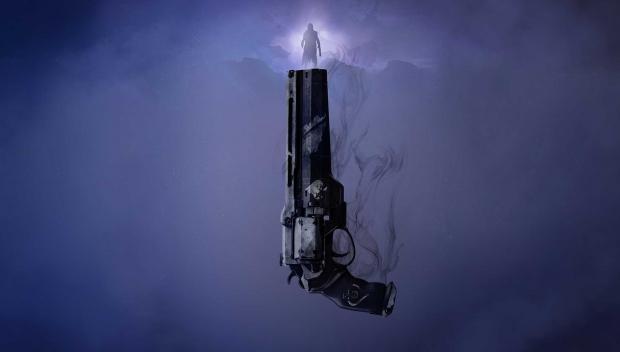 Destiny 2's big new Forsaken expansion is changing the shape of the game in many, many ways: from core shake-ups like weapon loadout designations, mods and shaders to exciting new super abilities, the DLC aims to please the community. In many ways Forsaken resembles the original game's The Taken King mega-DLC that ultimately saved Destiny...but there's a catch. The $40 Forsaken expansion requires both the base game as well as the two previous expansion packs--Curse of Osiris and Warmind--to play. And it doesn't come with either.

This little tidbit wasn't explicitly mentioned on the game's website, nor was it mentioned on Activision's official press release. I spotted it on the cover art for the expansion itself, which reads "Destiny 2 game, Destiny 2 Expansions I & II required. Sold separately." What's even more eyebrow-raising is that Forsaken, an expansion to a live game, comes with its own $30 season pass that potentially brings your investment up to $69.99. The total investment for new players though is much higher. The Destiny 2 Expansion Pass is $34.99 regularly (on sale on PSN right now), the base game is $59.99 MSRP still (can be had for cheaper, let's say $30) and Forsaken is $40. That's a hefty bit of cash.

This particular move marks a departure from The Taken King, which included the three previously released expansions for Destiny.

TTK also effectively changed Destiny as the main SKU morphed into the game of the year edition pack that featured the base game along with TTK and the expansions. This could happen with Forsaken farther down the line, but at launch the expansion will require some serious investment from gamers (unless Activision drops the MSRP of the previous content down some).

Forsaken does promise a completely new and fresh playing field for new Destiny fans and a welcome return for current and lapsed players. Bungie and its partnered studios are focusing their energy on creating a game that people want to play now and well into 2019, and seem to have the correct community-driven mindset to make it happen.

"Random rolls are coming back," said Greg Peng, senior sandbox designer at Bungie. "Every single weapon is going to feel different when it drops. And we're improving the mod system so you can customize your weapon the way you want it."

But as someone who didn't invest in the Destiny 2 expansion pass I'm not thrilled with the idea of having to buy two previous content drops just to play the shooter's big, game-changing expansion.

Check below for more info on Forsaken: