Anthem, BioWare's new 'genre-melded' IP represents a huge investment for EA and a big new step for the Mass Effect devs, and is hyped up to be something brand new and unique.

Everything we know about Anthem makes it out to be a third-person-style Destiny-esque game that blends BioWare's worldbuilding, stories, and quests with online-based live services and multiplayer. And it's even possible the game will have microtransactions of some sort to fuel tons of new updates and engagement-driving content. But apparently there's more to Anthem that meets the eye and BioWare affirms the game will be totally new and unique.

In a recent post, returning BioWare General Manager Casey Hudson said that the studio has learned a lot from Mass Effect: Andromeda (especially the let down surrounding the Quarian Ark DLC) and promised that everything from characters, stories, and worldbuilding must be aligned with dev innovations. On other words, if the graphics are snazzy and fancy but the story falters, things are imbalanced and BioWare wants to avoid this.

BioWare's heightened focus will immediately target Anthem, and EA has also been through a learning process with the big Battlefront II lootbox fiasco. With EA changing tact towards its live services implementation, Anthem should be directly affected in a positive way insofar as pay-to-win style monetization. If anything it should be cosmetic or balanced in such a way that doesn't draw the ire of fans--and Anthem shouldn't be a shell for live services, either.

"The [Quarian Ark] experience ultimately became a defining moment in refocusing BioWare's mission. We need to delight players with new experiences and innovation, but we must stay focused on the importance of the world, character, and storytelling elements that players expect from our games. And our games must be designed to continue delivering new stories and experiences, in an ongoing relationship with players in the worlds we're evolving together," Hudson said in the post.

"It's in that spirit that we are working through production on Anthem-a game designed to create a whole new world of story and character that you can experience with friends in an ongoing series of adventures. It will be unlike anything you've played, but if we do it right, it will feel very distinctly BioWare." 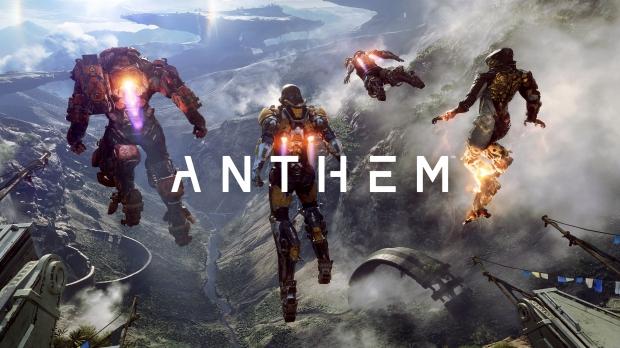 "And this is the first out of more new IP you'll see from us, and massive, hugely, hugely ambitious - almost to the point of too ambitious, but I like that - and I'm very bullish on it. I love it. I've been very personally involved in it and maybe that's why I'm biased, but I hope people are going to like it," the EA exec said.

Anthem is slated to release in Q1 2019, which coincides with EA's FY2019 timeline. It'll be interesting to see what BioWare and EA cook up in the interim, but development on the game has been firing on all cylinders with BioWare's full teams at the helm.