AMD is forging ahead with its next-next-gen Zen CPU architecture, with lead Zen architect Mike Clark confirming that AMD is now working on the "Zen 5" CPU microarchitecture.

The news comes directly from a one-year-later video from AMD about their Ryzen CPU, right before the new Ryzen 2000 series processors launch on April 19. AMD hosted a panel with the top brass behind Ryzen, with people from both their CPU engineering and marketing departments. 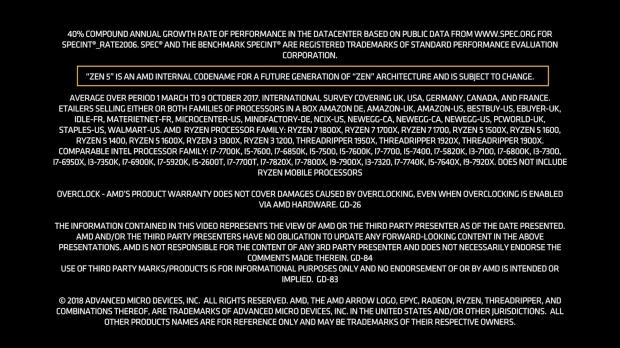 VideoCardz reports that "manufacturers often skip 4 due to its meaning in Chinese culture. It's an unlucky number because it's homophonous to the word 'death'. Something that AMD surely does not want to be associated with Zen architecture". Interesting.