Fortnite on iOS has been a huge deal for both Epic Games and Apple, with the mobile version of the Battle Royale hit making a huge $15 million in its first three weeks on the App Store. 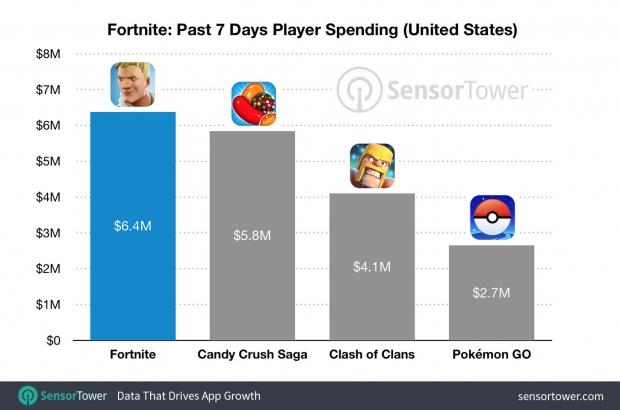 This means that Fortnite on iOS is now making more money than the likes of mobile champions like Candy Crush Saga, Clash of Clans, and Pokemon Go. Fortnite has made $6.4 million in the last week, crushing Candy Crush Saga and its $5.8 million haul for the week.

Epic Games had an invite-only system on Fortnite at first, but earlier this week it was taken away which saw daily revenue drive from $600,000 to a huge $1.8 million according to Sensor Tower. Their data also has Fortnite being downloaded around 11 million times on iOS alone.