While Sony had a fantastic free PS Plus lineup for January and February, Games With Gold smashes the competition with April's games. Microsoft's GWG headliners include Assassin's Creed: Syndicate, a huge 18th Century excursion into Ubisoft's historically-accurate depiction of London during the Industrial Revolution, and The Witness, a neat little puzzle indie game with colorful visuals.

And those are just the Xbox One games. On Xbox 360 we'll get the worthy horror successor Dead Space 2 (RIP Visceral Games!) and...Cars 2. Yeah, we're not so excited about that one but it should keep the kids entertained right? 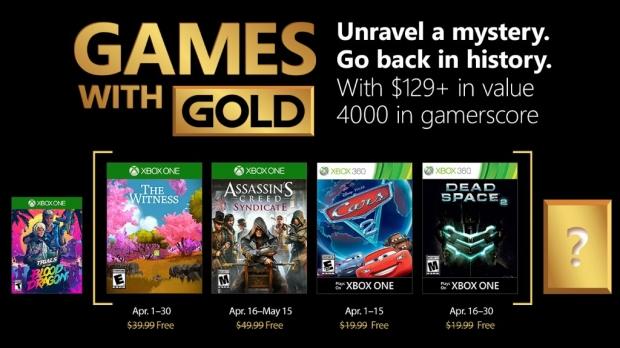