The recent teasing of a 2018 line-up of games from a Nintendo executive lived up to its hype, with Nintendo releasing a short Nintendo Direct Mini video showcasing what is to be expected for 2018.

Nintendo has released what they are calling 'Direct Mini' which has given Nintendo fans many games to look forward to in 2018. The company seemed to have hit fans of almost all genres with this Direct Mini, promising new content to their favorite games, as well as Nintendo catered to players that enjoy a nostalgia re-hash of some Nintendo classics.

The Direct Mini covered 16 games that Nintendo will roll the plans out for throughout the year, with some of the games and their updates featured included: New abilities for Kirby Star Allies, Hyrule Warriors Definitive Edition, Mario Tennis: Aces and the balloon update for Super Mario Odyssey.

Nintendo finalized their video by announcing Dark Souls will be remastered and brought to the Nintendo Switch on May 25th. 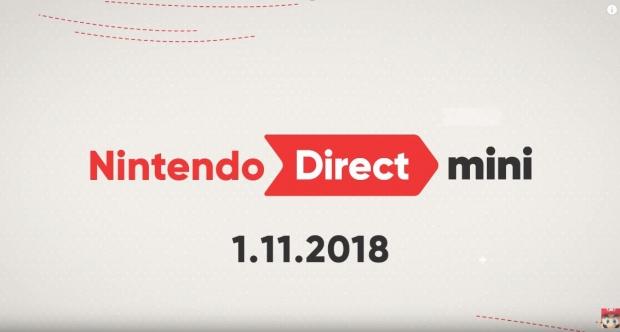