The news of AMD's next-gen Ryzen 2 processors has the internet in a tailspin, with a tease of the new Ryzen 7 2800X with 12C/24T at a blistering 5.1GHz blowing everyone away. It is being claimed a fake, and while it probably is, we're still going to report it to just talk about it. 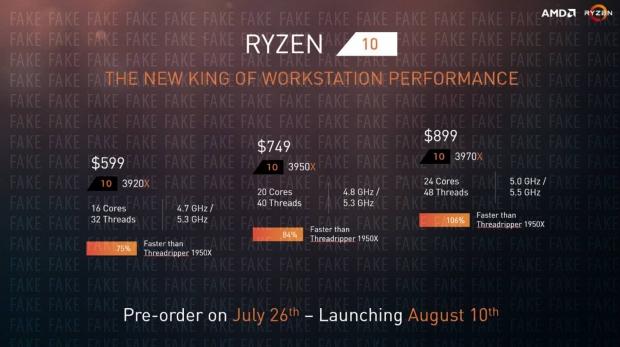 Again, this is said to be fake and all, but I wonder if it's guerrilla marketing from AMD that is meant to act as a cold stake into the heart of Intel. Remember, RTG boss Raja Koduri has defected and switched over to AMD's main competitor leaving the Radeon team blowing in the wind.

These new fantasy Ryzen 10 processors would be announced in July, and launched on August 10 - in this new dimension, of course.