EA seem to be warping in and out of this dimension when it comes to their state of mind over Star Wars: Battlefront II, with the company temporarily removing microtransactions from the game after a mountain of controversy began. We saw headlines of $2100 to fully unlock Battlefront II, or some 4000+ hours of playtime. 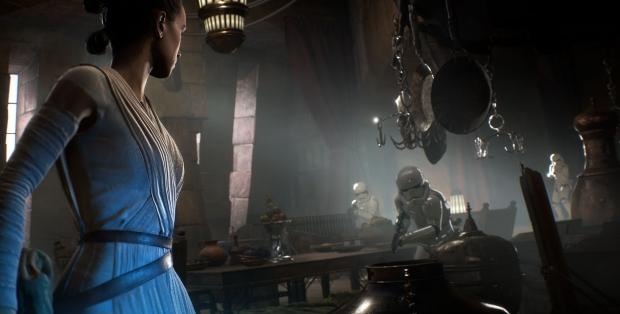 Now the company has released a statement during their recent financial briefing, explaining that they "[don't expect there to be] a material impact on EA's fiscal ear 2018 financial guidance" after turning microtransactions off in Battlefront II. EA is meant to be making investors feel better with this statement, but I can't take it as anything but nasty. Does this mean it doesn't matter if EA didn't charge for microtransactions in Battlefront II, since it clearly has no "material impact" on EA's financials for fiscal year 2018.