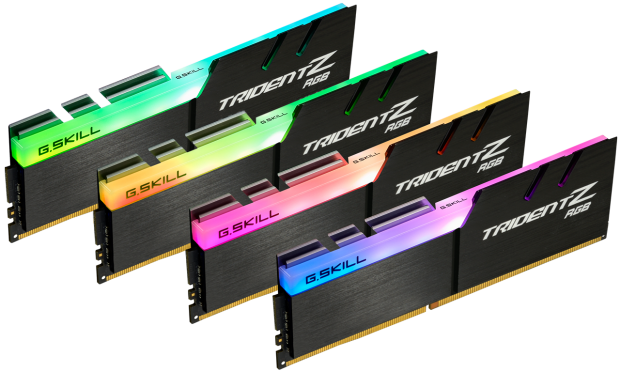 G.SKILL today announced the fastest 32GB RGB RAM kit on the market with its new TridentZ DDR4 configuration. The kit, which is yet another example of G.SKILL constantly pushing the RAM bar further, includes 4x 8GB modules clocked at 4266MHz with CL19-23-23-43 timings and 1.4V of power draw. And of course each module is flavored with scintillating prismatic flux via RGB lighting, adding a splash of beauty to any build. 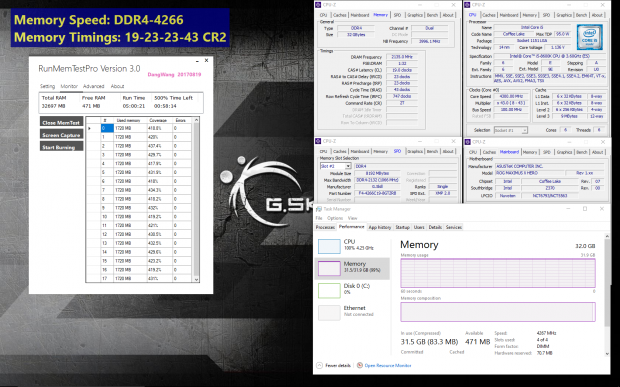 "Just one week after the launch of the 8th Gen Intel Core processors and Z370 chipset motherboards, G.SKILL further fine-tuned the high-end RGB memory kits to reach even higher levels of overclocking speeds," the company wrote in an official press release. "Ever since the launch of Trident Z RGB almost a year ago, the largest capacity at DDR4-4266MHz was 2x8GB. In combination with the ASUS OptiMem technology, which complements the T-Toplogy layout that uses equalized trace lengths, four-DIMM memory configurations have improved stability and increased frequency headroom."

The new kits will be available at approved G.SKILL distribution partners in December 2017.