To celebrate Nissan's 20th year involvement with Gran Turismo and the upcoming release of Gran Turismo Sport, Nissan modified a Nissan GT-R to be compatible with a DualShock 4 controller. That's right, this GT-R was fitting out with robots and a micro-computer and was driven around Silverstone's National Circuit using an unmodified DualShock 4 controller and nobody behind the wheel!

Professional racer Jann Mardenborough was chosen to drive the Nissan GT-R, or GT-R/C as it's officially known as, around the race track. The Nissan GT-R/C is fitted with four robots that controls the race car- Steering wheel, transmission, brakes and throttle. A micro-computer receives the inputs from the DualShock 4 controller and then processors the data for the robots to control the car.

So this begs the question, who is faster? The man, or the controller? Jann was hoisted above the race track in a helicopter to provide the perfect viewing point. His fasted lap around the circuit was 1 minute and 17.47 seconds, reaching a top speed of 131 MPH and average speed of 76 MPH.

Mardenborough described the experience as "once-in-a-lifetime, truly epic stuff." Nissan intends to use the GT-R/C for more than a gimmicky fast-lap, with intentions to use the car in a tour primary and secondary schools in the UK to promote future careers in STEM.

This does make me wonder though, is this the future of racing? Who knows, in the meantime we will just have to enjoy GT Sport when its released on the PlayStation 4 on October 17. 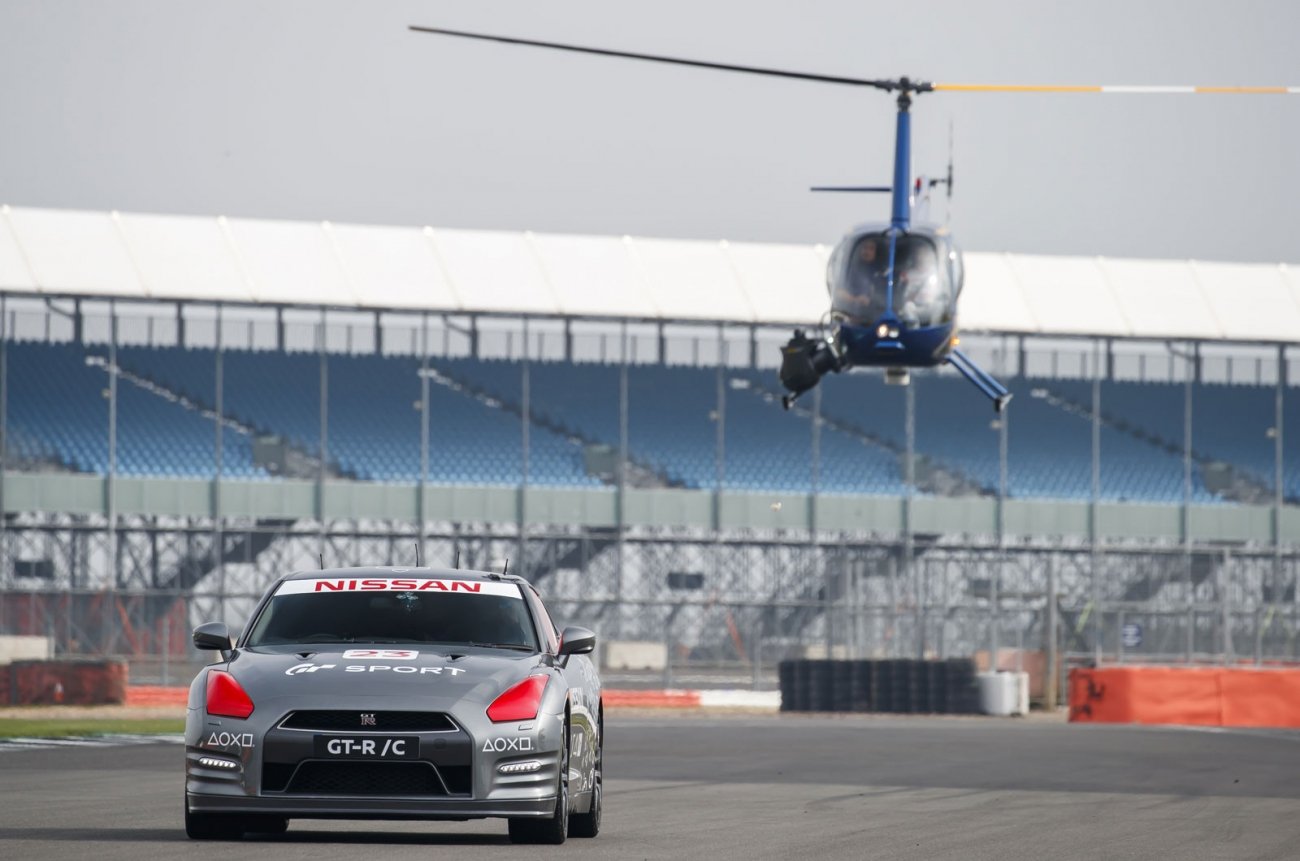