Bethesda has officially confirmed that Skyrim's anticipated Switch port is indeed the remastered flavor, but we won't be getting mods at launch--and possibly never.

Bethesda Softworks is going all-in on the Nintendo Switch: the company is bringing three of its biggest games to the platform, including the perennial Skyrim as well as two ultra-violent and very-mature shooters: 2016's excellent Doom reboot and MachineGames' new Wolfenstein II: The New Colossus. Up until now gamers weren't sure if the Skyrim port was indeed Special Edition, but Bethesda themselves explicitly referred to Switch flavor as "Special Edition" in a new update.

However, don't expect Skyrim mods to show up on the Switch. Both Xbox One--and to a lesser extent--PlayStation 4 consoles support mods, but Bethesda PR exec Pete Hines says that Skyrim Switch mods are "not planned at this time." This makes a lot of sense: platforms like the Switch and PS4 don't support mods very well and gamers will rely on Bethesda's hotly contested Creation Club for extra content. The Creation Club sells bite-sized add-ons that can be purchased with real money. According to Mr. Hines, Creation Club content is "more like mini DLC than mods."

The Skyrim: Special Edition version on Nintendo Switch will come with the game's three DLC packs--Dawnguard, Hearthfire and Dragonborn--when it releases this November. 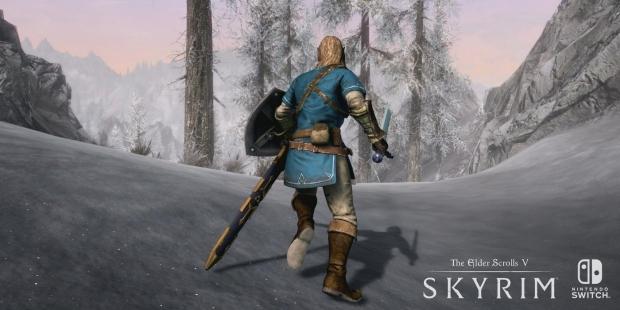