Earlier this year we reviewed the Latitude 12 Rugged Tablet, and we were very impressed with the durability and features of the 2-in-1 hybrid tablet/Windows PC. Dell has upped the ante with another installment of their uniquely durable tablet computer and made major improvements upon the Latitude 12 (7202) Rugged Tablet. 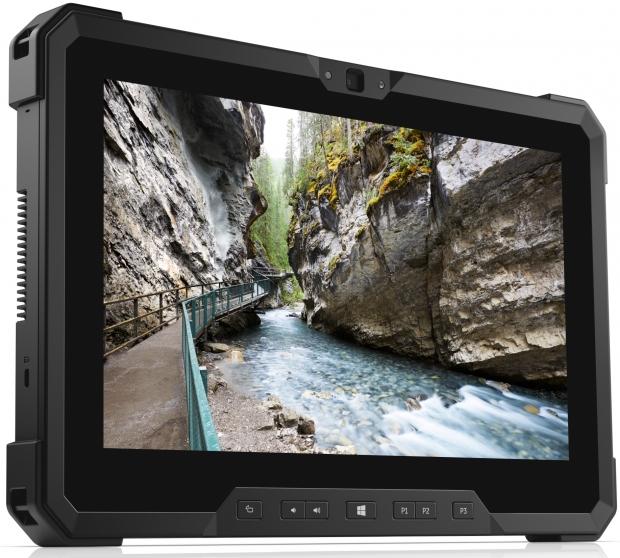 The new Latitude 7212 Rugged Extreme features Intel's 6th and 7th generation Core processors, weight reduction (almost 25-30%) to under 3lbs, increased battery size (26Wh to 34Wh)/life (19 hours), and will maintain backward compatibility with Dell's existing ecosystem. That means the batteries from the previous Rugged tablet will also work with the new tablet as would car mounting systems.

The 11.6" daylight viewable display also gets an upgrade to FHD and is still just as strong as its predecessors. The new tablet features a USB 3.0 Type-C connector that can be used for connecting to devices, docking, and even charging. Storage options have been changed, and now you can get a Rugged Extreme tablet with up to 1TB of NVMe class 40 solid state storage. You can also get the tablet equipped with a Qualcomm Snapdragon X7 LTE-A modem for data on the go, and a dedicated GPS card.

Dell has also expanded their ecosystem for the new tablet with optional accessories such as a rigid handle, external battery charger, and a new kickstand that rotates 180-degrees. Over the past year or so, Dell has done an excellent job of expanding within the rugged market space, which was once dominated by Panasonic's Toughbooks, and will continue to expand with the Latitude 7212 Rugged Extreme Tablet.

If you don't believe me, check out what the British Army has to say:

The new Latitude 7212 Rugged Extreme Tablet will be available worldwide today starting at $1899.